Make Every Day a Green Day

We're delighted that this year we are being sponsored by room2 Chiswick, which proclaims itself as the world's first fully net zero ho(me)tel. Read more: Sustainability in action.

From the New York Times: 'Whole life net zero’:
'When the brothers and developers Robert and Stuart Godwin set out to build room2 Chiswick, an 86-room hotel in London that opened in December 2021, they knew they wanted to operate on a net-zero emissions basis, but decided to expand on the concept and account for its construction and eventual demolition in what is known as “whole life net zero.” 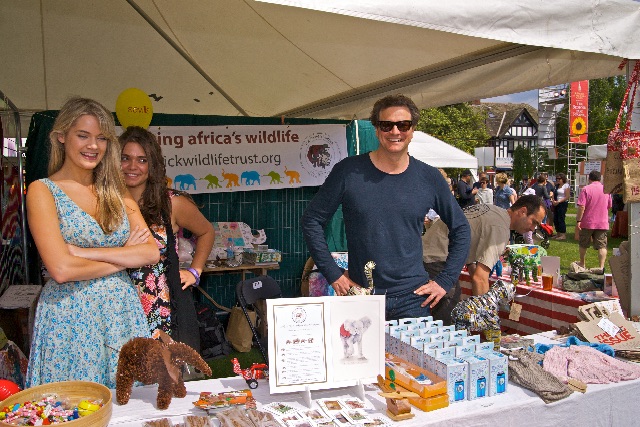 Keeping Green Days Green: Colin Firth on the Eco-Age stand in 2010 (Click to zoom in)

That slogan was coined by Livia Firth, whose Eco-Age shop in Chiswick High Road was opened in 2007: it was a Green Days Diamond sponsor for several years (see picture above).
What inspired us to set up Eco-age? Livia Firth

How can you 'Make Every Day A Green Day'?

This year the waste management company Suez is handling our reycling, providing Green Days with waste containers and waste removal.  As all waste can be put in the same bin, it makes it easier for everyone to recycle their rubbish and keep the site clean.  All waste then goes to its local transfer station where it will be sorted and 100% recycled or used for energy, meaning that no waste will go to landfill.

To cut out single-use plastic, we stopped using disposable plastic glasses several years ago and we also buy our Pimms and lemonade in barrels not bottles. Kelvin Murray, who runs our beer tent, writes:

"2018 was the first year that we used 100% reusable drinking units for all alcoholic beverages. Pints, Pimms, half pints and wine are ALL now served in reusable containers that I will bring out year after year. It's a huge amount of work in terms of cleaning the dirty containers (see picture above right), repaying the deposits of £1 for EVERY unit and storing them for next year. But I don’t consider we have a choice. Its just plain wrong to throw away so much plastic that ends up in land fills or worse, floating in our seas and oceans. The church have invested a substantial sum of money in these containers [approx £1000] so well done St Michaels, a forward-facing church in anyone's book.

"In short we have revolutionised how much waste we create in the beer tent. 2018 will see only a tiny fraction of waste compared to the beer tent 4 years ago."

We are also working with a number of local organisations to get you out of your petrol or diesel car, not only for Green Days but for the rest of the year.  At the Cycle Zone on Green Days, you can get a free service, security marking, information and maps.  For those who are thinking of taking to a bike, advisers are on hand to help you choose, and gain the confidence to take to the road. There is now also an Electric Vehicle Zone, which this year is supported by four electric car firms and our local authorities.

On Sunday June 12th, from 11am to 3pm, in the Children's Corner, room2 will be organising rubbish sorting on Sunday - working in teams and offering lollies to all kids participating.

They say: "We didn’t like the look of bins in the market so we went about designing and manufacturing our own 3-in-1 recycling bins. They separate general waste, mixed recycling, and food waste in one easy place."

They will also bring a smoothie bike with room2 branding to produce fruit and veg smoothies, ideally from a products that would otherwise go to waste. 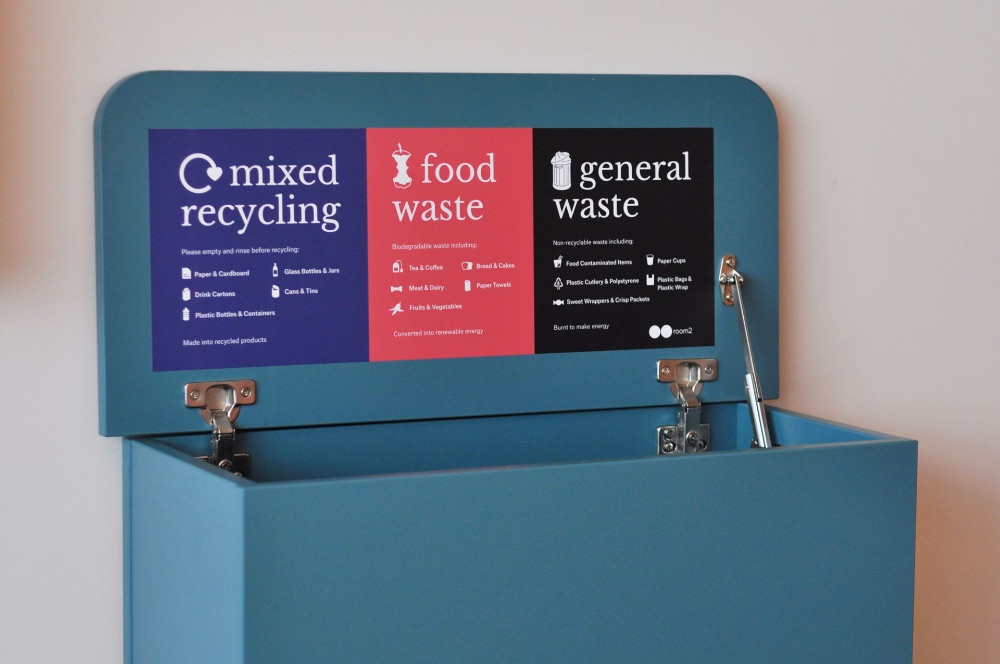 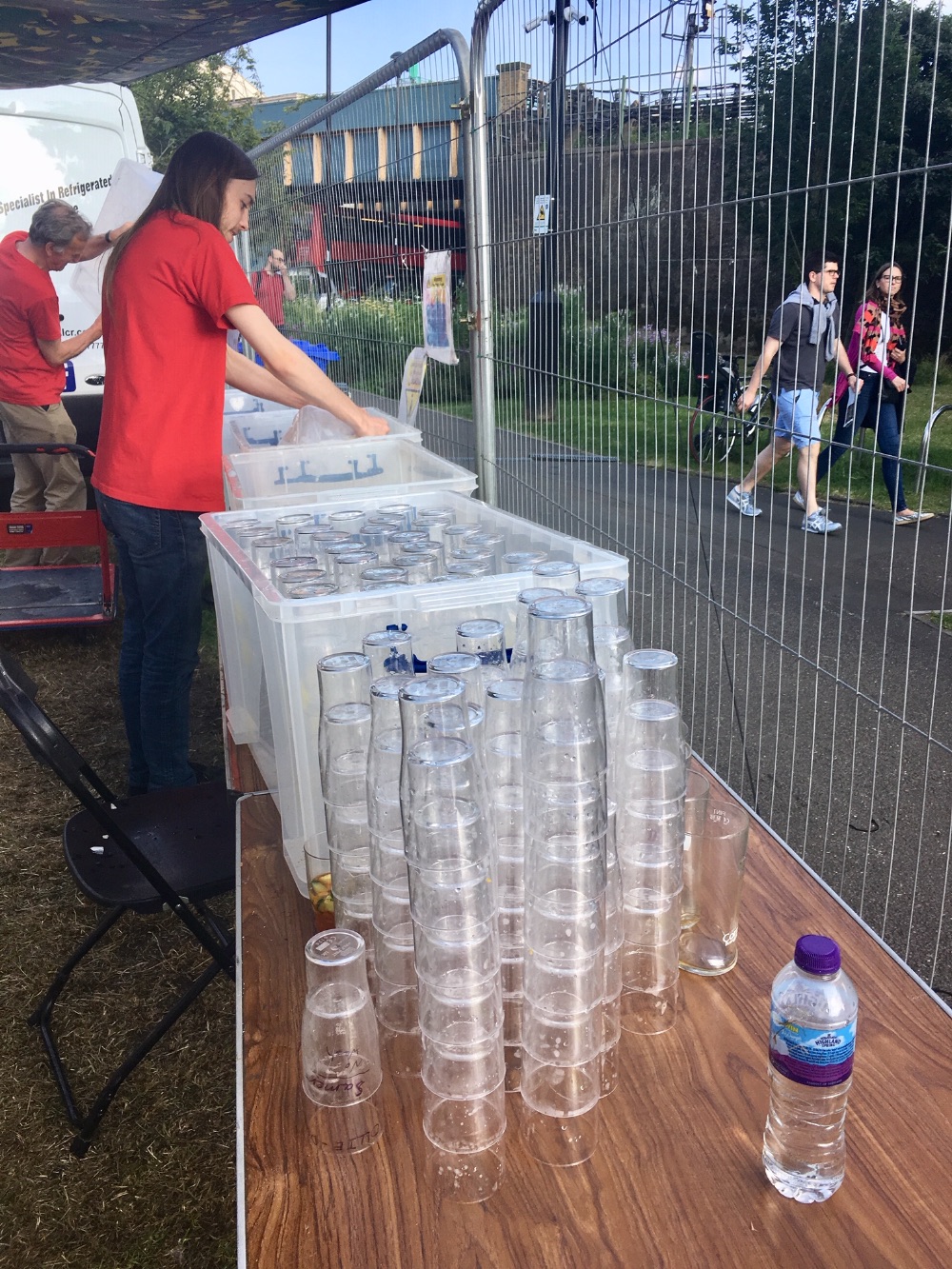 Cutting our use of plastic: Washing the beer glasses to use again next year. (Click to zoom in)